Of all of the pregnancy complications imaginable, having appendicitis during pregnancy was never on my radar. Okay, so having appendicitis at all wasn’t on my radar. But it rarely ever is, until you have it. Afterwards, as I was recovering mid-pregnancy, I searched the internet in hopes of finding other’s stories so I could know more about their experience and how the recovery went. I found nothing. In this post I will be sharing my personal experience with having an appendectomy while pregnant.

Disclaimer: The pictures in this post are not great quality because quite frankly I never intended to share them with anyone except my sisters via text message. As I wrote this though, I realized that seeing what the incision looked like as it healed would be helpful to someone else who may go through the same thing. 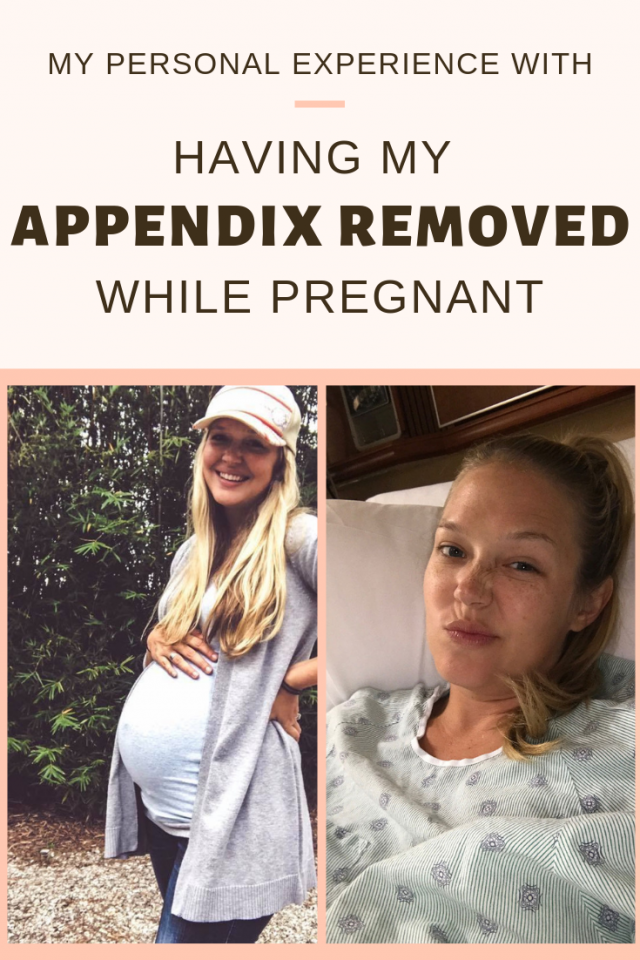 My Personal Experience with Appendicitis During Pregnancy

On a random Wednesday morning, I woke up feeling nauseous. This wasn’t out of the ordinary since I had horrible morning sickness my entire pregnancy. I had felt perfectly fine the day before and spent a day visiting with family. At this point I was 25 weeks and 5 days pregnant. As the morning went on I felt worse by the minute. I had a sharp pain in my lower right side and just felt really ill. I remember telling the kids several times that I needed their best cooperation getting ready for the day because I really didn’t feel good.

At first, I just thought I was having weird pregnancy sickness and pain. I thought that if I pushed through and got my daughter to preschool, I could come home and lay down until I felt better. It wasn’t until I went to get into the car that I realized something was more seriously wrong. I couldn’t even get into my seat. The pain in my right side was so bad it felt like my body was ripping in half. I started vomiting right there in my driveway.

The kids were already in the car ready to go, so I forced myself into the car and drove my daughter to school. This was probably not the smartest decision. If you know me, you know how stubborn I am though. I couldn’t imagine what could possibly be wrong with me but I was beginning to get scared. When we got to my daughter’s preschool I could barely get out of the car. It was all I could do to get her into the school with a cold sweat starting, and feeling like I might pass out. One of the teachers asked if I was okay, because I clearly didn’t look okay.

At the time, I had no idea that these were appendicitis symptoms.

I slowly and painfully made my way back to the car and back home, where I drug myself inside and fell into the couch. Then I called my husband. After telling him my symptoms, his first words were, “That sounds like appendicitis. You need to go to the hospital.”

Before he said that, the thought of it being appendicitis during pregnancy, of all things, had never crossed my mind. The pain was only getting worse though. I couldn’t even stand up on my own at that point. He rushed home and took me to the hospital. When we got there and got all hooked up to monitors, I found out I was having fairly strong contractions 3 minutes apart. The pain from the appendicitis was so bad that I didn’t even realize I was having contractions.

When my doctor came in she almost immediately said that she believed I had appendicitis, which was causing pre-term labor contractions. She ran tests to be sure and consulted with a surgeon. There is no one “appendicitis test”. They take a look at your appendix via an ultrasound, and also do blood work to look at your blood cell counts. During my ultrasound, however, they couldn’t find my appendix. All they could see was baby.

Even being unable to see my appendix, after the surgeon reviewed my tests he said that he was 99% sure I had appendicitis.

I was told that I would have an appendectomy while pregnant, right away. 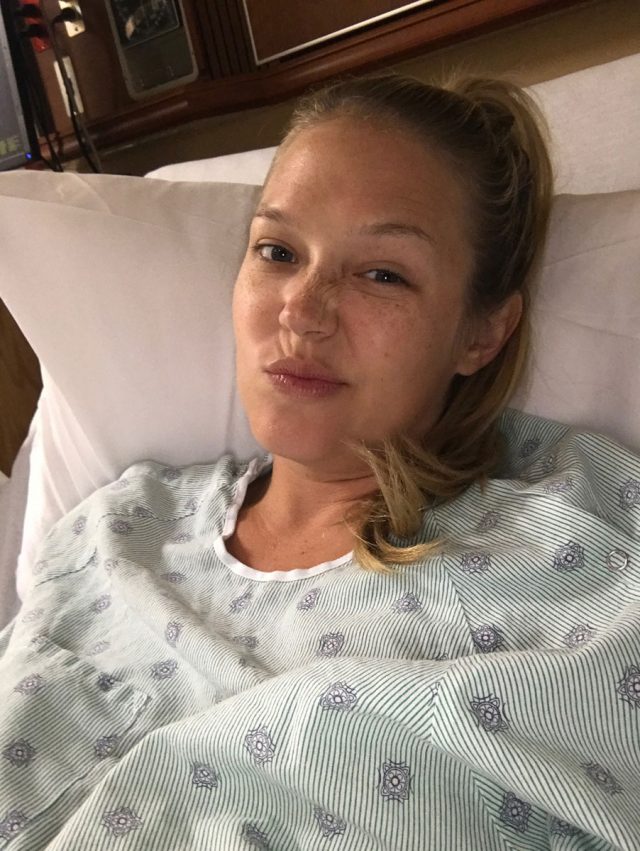 That was a pretty scary moment. There were no options though. If the appendix ruptures it can cause very serious complications that I won’t even talk about here. Within an hour I was going into surgery for an emergency appendectomy at almost 26 weeks pregnant.

Related: 10 Things You Can Do to Prepare for Labor and Delivery

Typical appendectomies these days are done laparoscopically, with the help of a camera so the incisions can remain very small. When you are pregnant, however, the incision has to be quite a bit larger because they need to work around the baby.

In my personal situation, since they couldn’t see where my appendix was, the surgeon felt around to see where it hurt the worst, and then marked that area with a pen and made the incision there.

Pregnancy complications were the next worry after surgery. 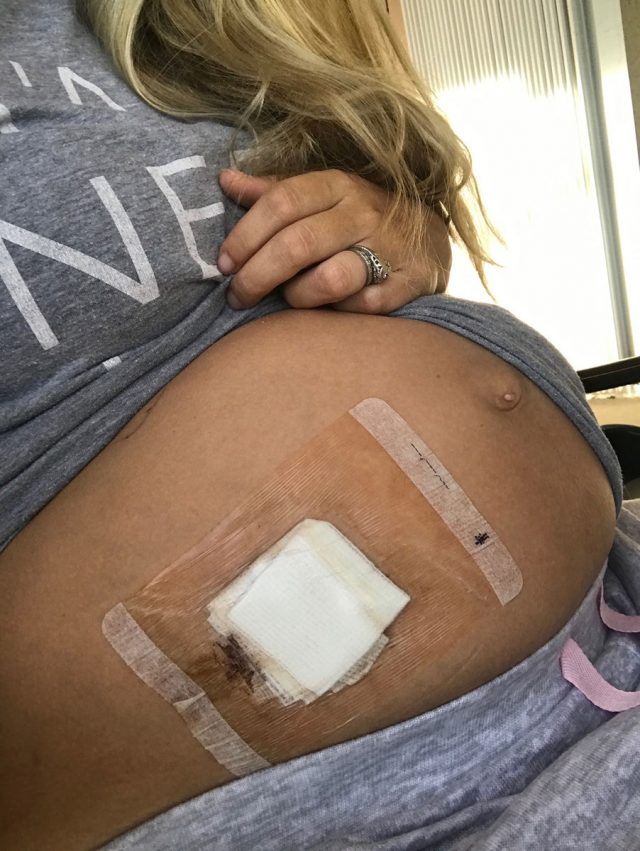 When I woke up from surgery I was having contractions about two minutes apart. They were strong and painful, especially considering I now had an incision in my stomach. When I first came to the hospital they tried giving me medicine to stop the contractions, but that had not helped. They did warn me that labor could become stronger post surgery. That didn’t mean I had a choice of whether to have the surgery or not.

The medicine they had given me did not work, so they started me on an IV of magnesium. They warned this would make my body feel very warm. The fires of hell would be a better fitting description, in my humble opinion. That night, I laid uncovered all night in immense pain from the combination of surgery and contractions.

In addition to the pain, I was so sick. I could not stop vomiting. If you’ve ever vomited, or sneezed, with stitches in your stomach you can probably feel the pain I am talking about.

Recovering from an Appendectomy while Pregnant 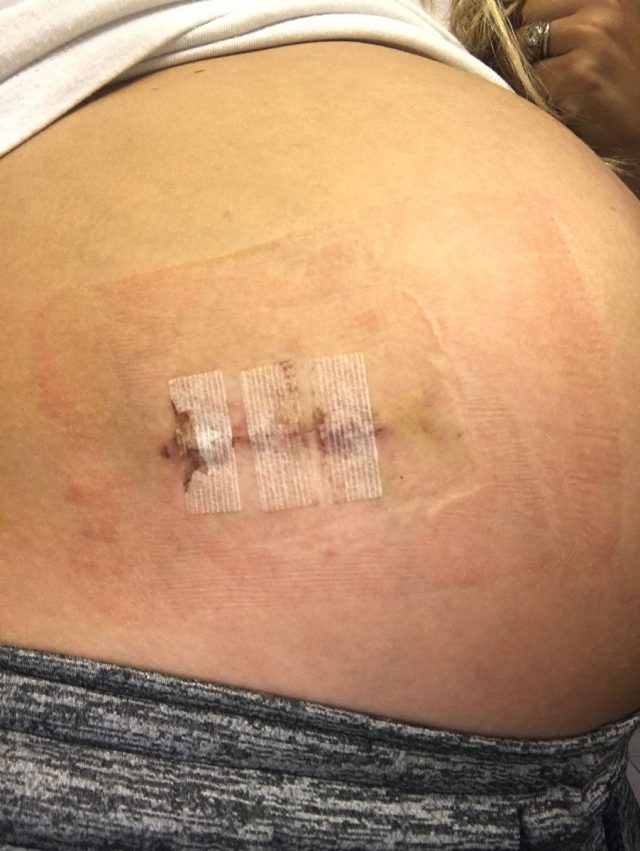 The healing process really freaked me out because I now had this incision in my stomach, while my stomach was growing bigger each day. However, besides the pain of being kicked from the inside by a growing baby, healing was actually not a big deal. The incision healed quickly, and was barely sore by the time I had to go back to the hospital for labor and delivery.

The incision area still feels tender and itches sometimes now (almost eight months later), but nothing majorly bothersome. My OB suggested ScarAway afterwards.  I skipped it though, because I personally never felt bothered by the look of the scar. I figured I’ve earned that battle wound just how it is.

Related: 3 Simple Tricks That Got Me Through Natural Childbirth Three Times

Overall thoughts on my experience with appendicitis during pregnancy:

It is estimated that 1 in 1,500 pregnant women will need an appendectomy during pregnancy. However, when it happened to me I felt like I was the only person in the world who this traumatic experience happened to. I couldn’t find anyone who knew what I was talking about. As it turns out, it’s not terribly uncommon, and thanks to modern medicine, it’s treatable!

The key is to go to the hospital right away. I cannot stress this enough. If it had been left to me, I would have waited it out to see if the pain went away on it’s own, because I am stubborn like that. Thanks to my husband, my appendix didn’t rupture. If it had, the outcome could have been far worse.

Thanks to my husband, the doctors and nurses, everything ended up being perfectly fine. The experience was miserable while it was happening, but I feel blessed overall that it caused zero long-term issues for the baby and myself.

With that I have to say, if something doesn’t seem right, it probably isn’t. Getting checked out right away is never a bad idea. I’m going to quote mothers everywhere and say, “Better safe than sorry”! 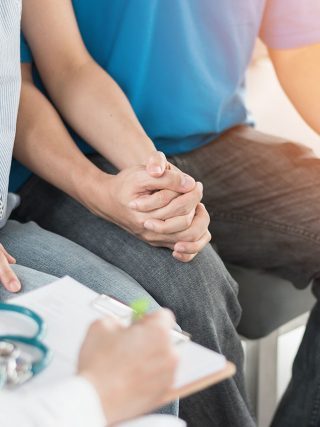 How Much Money Can You Make For Egg Donation 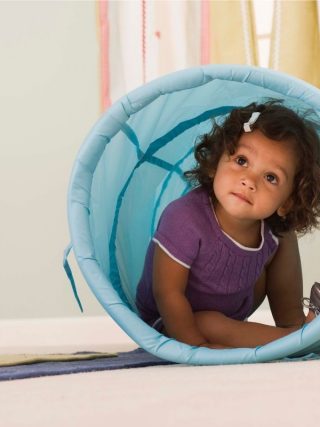 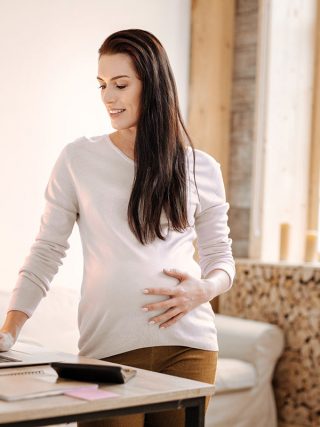 How to Make Money While Pregnant and Unemployed 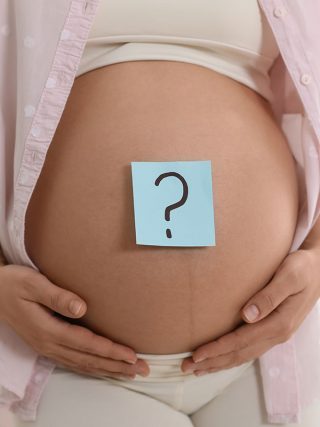 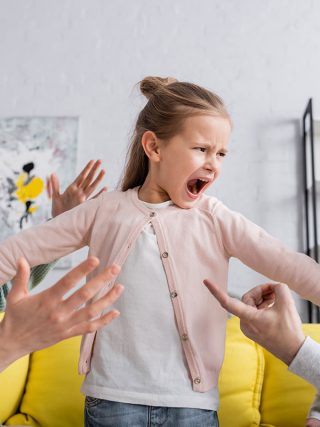 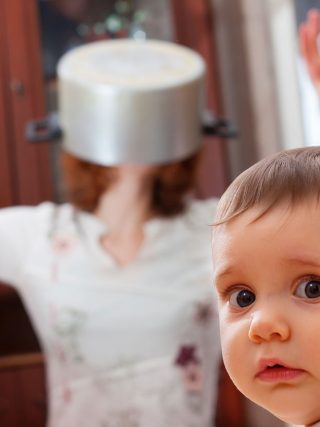 For You, Tired Mom: All I Am is Considerate 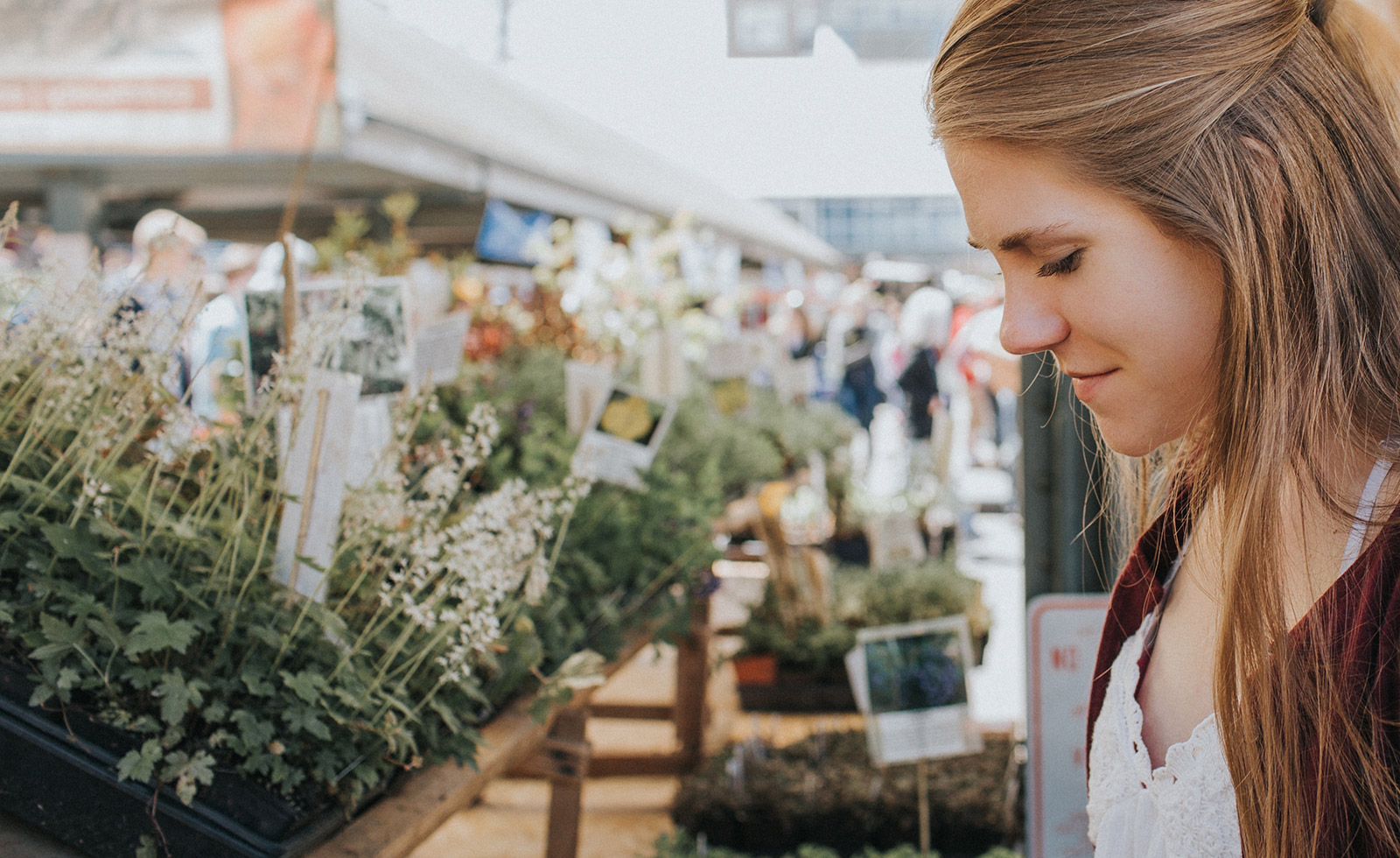 5 Books Every Homeschool Mom Should Read