I know every single eggplant parm recipe post says “this is the best eggplant parmesan, ever!” But, THIS ONE really is. Seriously, my husband said so and he’s the pickiest person ever, so I believe him. You should too.

Several years ago I learned how to make eggplant parmesan for the first time at a family meal. Ever since then, I’ve been making it myself and it has evolved with some of my own tweaks over the years, to get it to the point where my family begs for it. Let me tell you, there are only a few things that I cook that my husband actually asks for. Molasses cookies and my family’s famous prune cake are on the list with a few other things and this baked eggplant parmesan.

I know you may be tempted to scroll way past all the reading and go straight to the recipe, but for this recipe I suggest you read all the way through because I’m sharing some important tips that make this dish even better. Let’s dive in to awesome eggplant-ness.

Don’t forget to pin this recipe on Pinterest so you have it for later!

What’s So Good About This Eggplant Parmesan Recipe?

For starters, any recipe that feeds my family for at least two nights is a winner for me. But this, this recipe is even better the second day. When you look forward to the left-overs more than the original meal, now that’s good. My husband doesn’t even eat left-overs normally, but he’s always excited for day two of eggplant parm.

I’ve mentioned my husband a few times already in this post, and that is because he’s sort of an eggplant parmesan connoisseur. It’s the dish he tries at almost all Italian restaurants we visit. And still to this day, he is always disappointed by them and says my baked eggplant parmesan recipe is better than any restaurant he’s had yet.

Three words: cast iron skillet. Now, don’t stress out and think you can’t make this recipe because you don’t have one. For one, you can. You can still make amazing eggplant parm today without a cast iron skillet, don’t fret. Also, you can just order a cast iron skillet now, so the next time you make it, it will be even better.

There is something about a cast iron skillet that just makes food better, and that is why I use mine every chance I get. You can learn more about why I love cast iron and how to care for it here. So tip number one: make your fried eggplant in a cast iron skillet if possible. But let’s back up. Frying is not the first step to amazing eggplant parmesan.

Should you Peel Eggplant Before Frying?

The first step for this eggplant parmesan recipe is to, of course, cut your eggplant. So here begs the question, should you peel eggplant before frying it?

My answer: that is totally up to you. I have done it both ways, and honestly, I still switch back and forth and really don’t notice a difference in the end product. Some people really don’t like the skin, so if that’s you, just cut/peel off the layer of skin from your eggplant before you slice it.

How to Slice Eggplant for Frying

The most important trick to slicing the eggplant is to keep the sizes as uniform as possible. You don’t want some thin slices and some thick. Each layer of your eggplant parm should be pretty uniform and even. Also, if you have a bunch of different size slices, the cook is going to vary from piece to piece. We don’t want that. We want nice, relatively thin, but not too thin, slices.

Disclaimer: I had a picture of my freshly sliced eggplant pieces to show you how I do mine, but apparently all of my images did not upload when I thought they did, and then I deleted them all to make room on my Macbook. So, next time I make this dish I’ll snap another pic and replace this annoying disclaimer paragraph.

Should You Salt Eggplant Before Frying?

Yes! Yes, you should definitely salt eggplant before frying it! For years I made this dish without salting my eggplant first. I honestly didn’t even know it was a thing. Now I know, fried eggplant is so much better if you salt it first. I happened upon some info about salting eggplant randomly, and it changed this eggplant parm recipe for the better.

Eggplant, like most fruits and vegetables, contains a lot of water. Soaking your sliced eggplant in salt prior to frying pulls out all of the excess moisture.

I had a picture of this for you too, but that also got deleted. So, picture to come.

How to Salt Eggplant

Salting your eggplant is easy! You’ll want to start this process early though, because it’s best to leave it sitting for at least half an hour, up to 1 hour is great! Here’s how I do it:

How to Fry Eggplant

Now we’re cooking! Here’s my process for frying the perfect eggplant slices for my eggplant parm:

Now you’re ready to start frying! The skillet will only hold 3-4 pieces of eggplant at a time, so this part takes a little bit of time. It’s so worth it though, so grab your glass of wine, tell Alexa to play your favorite tunes, and fry yourself some eggplant. (Now you can picture, this is exactly what I do!)

To make the perfect fried eggplant, follow these steps:

1.With your strainer full of salted eggplant to the left, pick up a slice of eggplant and coat in egg, then coat in Italian breadcrumbs. (Prepare for messy fingers.)

2. Place a slice into the heated oil, and then repeat until you have 3-4 slices in your skillet.

3. When you see that the edges are starting to brown, use tongs to flip the slices over until browned on both sides.

4. Place the finished fried eggplant slices on the paper towel lined plate one layer at a time, with paper towels in between to soak up any excess oil.

5. Continue this process until you have fried all of your eggplant slices.

Bonus Tip: How to Cool Oil While Frying

Because there are a lot of eggplant slices to fry and that takes a while, your oil will continue to heat up. You don’t want to boil your oil. Repeat after me: don’t boil your oil. You want it hot enough to fry your eggplant to a nice golden brown, but not to be boiling and popping like crazy, and then burning your eggplant pieces.

As you start to notice your oil is getting too hot, you may be tempted to turn your heat down. Take it from me who learned this the hard way, that doesn’t work. You’ll find yourself in a vicious cycle of oil that is not hot enough and oil that is too hot and back and forth and back and forth. I used the word vicious, can you tell I’m passionate about this eggplant frying business?

So how do you properly cool the oil and keep it frying just right? Simply add a small amount of oil to your pan when you start to notice it getting too hot. This will instantly cool it just enough, but not too much. So simple, yet key to a successful eggplant parmesan recipe.

You’re approaching the finish line now! Assembly is the next step, and it’s an easy one. Grab your casserole dish and follow these next steps:

1.Scoop a couple of tablespoons of your favorite tomato sauce into the bottom of your casserole dish.

SAUCE TIP: I use Rao’s and really feel like it elevates this dish way more than when I was using other random, cheaper brands of whatever was on sale that week. Now I only use Rao’s Marinara because it makes that much of a difference.

2. Add one layer of fried eggplant, slightly overlapping but keeping your layer as even as possible.

3. Next, sprinkle a layer of cheese.

CHEESE TIP: I used to make this with just mozzarella cheese, until a time came that I didn’t have enough mozzarella and I subbed half of it for parmesan. We call that a happy accident, because it made the recipe even better. Ever since then, I have done a combo of mozzarella and parmesan on every layer. Sprinkle a little mozzarella, sprinkle a little parmesan, and bam. Magic cheese goodness.

5. Repeat this process with another layer of eggplant, cheeses, sauce, then eggplant again.

6. Once you have repeated the process so you have a layer of eggplant on top, then do the next steps back-wards so you have the rest of your sauce evenly coating the top, and then cheese sprinkled on top.

This eggplant parmesan has always been good, but in the recent past it got even better. I don’t know if that’s just because I am finally becoming a halfway decent cook after so many years of figuring out this domestic diva stuff, or if I figured out a new secret, by accident of course.

I am going to lend towards the latter, because I have tried it several times now and I swear it works. Then I also just tried it this last time without doing this, and it wasn’t as good. Don’t get me wrong, it was still really, really good. But I think there’s at least a noticeable difference in flavor depth.

Make your fried eggplant and assemble your eggplant parmesan in the morning, cover it and refrigerate it all day, and then bake it.

That’s it, and I believe it makes a big difference. Think of it as marinating, letting all of those good flavors meld together all day before they bake.

Then preheat your oven to 350 degrees, and bake the covered dish for 35-45 minutes (until the sauce is starting to bubble around the edges), then uncover and bake another 10 minutes or so until the cheese on top gets turns into melty, browned goodness.

You, my friend, have now just made the best eggplant parmesan ever.

Recap: Key Secrets to The Best Eggplant Parmesan Recipe Ever

What To Eat With Eggplant Parmesan

We normally eat Caesar salad and garlic bread with our eggplant parmesan. Okay not normally, every time. I never change it up. However, here are a few more ideas for sides to go with your eggplant parm:

RELATED: If you love eggplant, try this Red Bean and Eggplant Hummus. 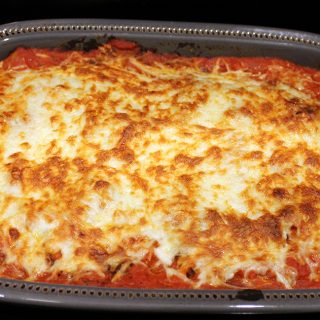 This recipe makes enough to feed my family of 5 (one is a toddler) for 2 nights. 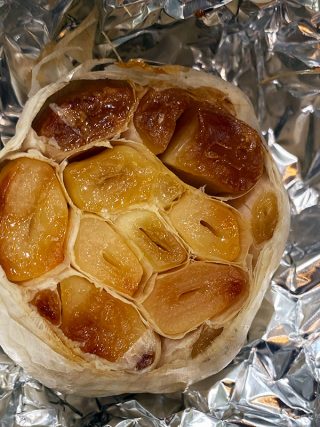 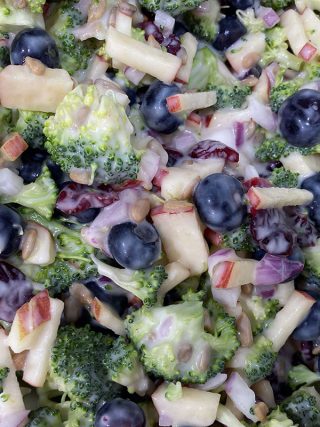 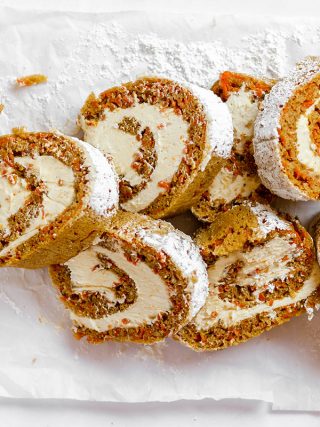 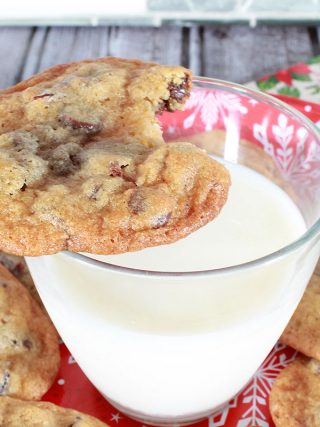 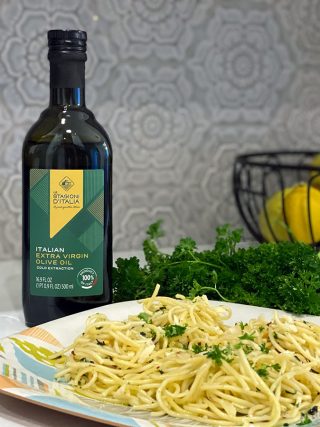 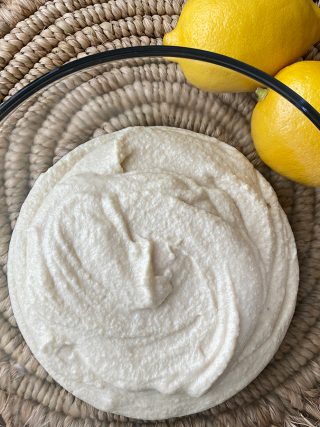 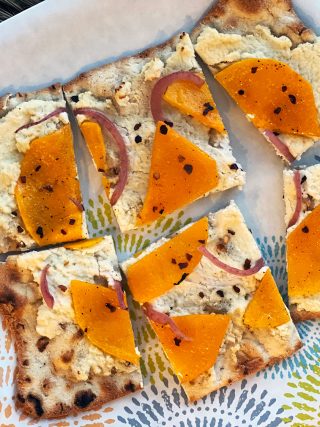